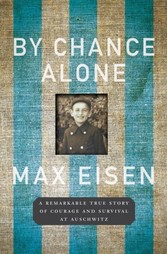 In the tradition of Elie Wiesels Night and Primo Levis Survival in Auschwitz comes a new memoir by Canadian survivorMore than 70 years after the Nazi camps were liberated by the Allies, a new Canadian Holocaust memoir details the rural Hungarian deportations to Auschwitz-Birkenau, back-breaking slave labour in Auschwitz I, the infamous death march in January 1945, the painful aftermath of liberation, a journey of physical and psychological healing.Tibor Max Eisen was born in Moldava, Czechoslovakia into an Orthodox Jewish family. He had an extended family of sixty members, and he lived in a family compound with his parents, his two younger brothers, his baby sister, his paternal grandparents and his uncle and aunt. In the spring of1944--five and a half years after his region had been annexed to Hungary and the morning after the familys yearly Passover Seder--gendarmes forcibly removed Eisen and his family from their home. They were brought to a brickyard and eventually loaded onto crowded cattle cars bound for Auschwitz-Birkenau. At fifteen years of age, Eisen survived the selection process and he was inducted into the camp as a slave labourer.One day, Eisen received a terrible blow from an SS guard. Severely injured, he was dumped at the hospital where a Polish political prisoner and physician, Tadeusz Orzeszko, operated on him. Despite his significant injury, Orzeszko saved Eisen from certain death in the gas chambers by giving him a job as a cleaner in the operating room. After his liberation and new trials in Communist Czechoslovakia, Eisen immigrated to Canada in 1949, where he has dedicated the last twenty-two years of his life to educating others about the Holocaust across Canada and around the world.The author will be donating 100% of his royalties for this book to registered charities that promote education and humane causes.