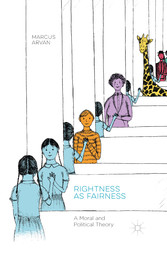 Rightness as Fairness - A Moral and Political Theory

Rightness as Fairness - A Moral and Political Theory

Moral philosophy today is marked by profound, systematic disagreement. In Rightness as Fairness, Marcus Arvan argues that moral philosophy must adapt scientific principles of theory-selection in order to reliably uncover moral truth. Arvan then argues that our best empirical evidence and naturalistic observation reveal morality to be a type of prudence requiring us to act in ways that our present and future selves can rationally agree upon across time. Arvan shows that this agreement-Rightness as Fairness-requires us to be fair to ourselves and to others, including animals. Further, the Four Principles of Fairness comprising this agreement reconcile a variety of traditionally opposed moral and political frameworks. Finally,