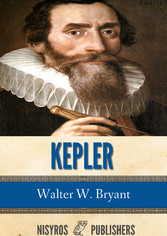 'We do not ask for what useful purpose the birds do sing, for song is their pleasure since they were created for singing. Similarly, we ought not to ask why the human mind troubles to fathom the secrets of the heavens. The diversity of the phenomena of nature is so great and the treasures hidden in the heavens so rich precisely in order that the human mind shall never be lacking in fresh nourishment.' - Johannes Kepler
Just trying to define a man who had the qualities of a mathematician, astronomer, philosopher, inventor, and astrologer can prove difficult. But all of that can be ascribed to Johannes Kepler, one of the giants of his era who ushered in the Scientific Revolution and is often considered the first modern scientist.
Kepler stood at a moment in time when the intellectual worldview of most in northern Europe was medieval in nature, influenced mostly by spirituality, mysticism, religion, and metaphysics. Kepler, however, was far-thinking in his outlook, taking advantages of the latest technological ideas from the Renaissance and the new translations of Greco-Roman philosophers from out of the Spanish kingdoms and the former-Byzantine Empire. Kepler himself struggled with the seemingly incongruous division between metaphysics and empiricism. By practicing empiricism and coming up with his famous laws of planetary motion, he was forced to defend his positions against a number of important ideas in western philosophy and the contemporary understanding of nature and the cosmos. All the while, Kepler was never able to escape the medieval mind he possessed, and he looked for God in the designs of the cosmos, thus attempting to wed the supernatural to the physical.
Ironically, Kepler never produced results that confirmed his worldview of the cosmos - he never found the divine design of nature - but he did produce ideas that led to the view of today's universe. As such, Kepler's work came to form the backbone of modern astronomy