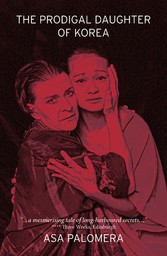 The Prodigal Daughter of Korea

The Prodigal Daughter of Korea

When Mina's father dies, she returns to Korea to visit a family she barely knows, desperately looking for some answers. But her mother is reluctant to discuss the past, especially the war, or the reasons that Mina was sent so far away as a child, to America. Her younger sister seems unable to grow up and it doesn't help that their nosy neighbour is always on their doorstep. Secrets and lies divide them all irrevocably.
When the truth is finally revealed, it is both shocking and redemptive, allowing Mina and those around her to see themselves anew and break free from years of pain and guilt.