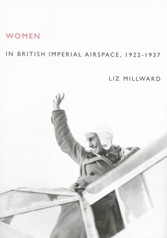 Using a wealth of archival material, including government documents, Liz Millward investigates the very idea of airspace. She maps the contours of five forms of civilian airspace - the private, the commercial, the imperial, the national, and the body of the pilot herself - as concrete places through which social differences such as gender, class, race, and sexuality were reproduced and challenged.