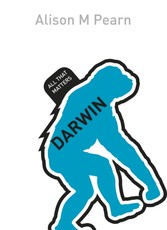 Darwin: All That Matters

Darwin: All That Matters

Charles Darwin's name is among the most recognised in the world, and more than 100 years after his death his books are still best-sellers, there are more than ten modern editions of the most famous, On the Origin of Species, currently available. His theories of descent with modification and of sexual selection are among the most influential ever formulated, but those theories, which imply the interconnectedness not just of humans and animals but of every living thing, are often imperfectly understood, or even willfully misrepresented, and Darwin himself is reduced to a two-dimensional character, a cipher deployed in the guerilla warfare between fundamentalist religion and hard line atheism. How many people know that Darwin was famous among his family and friends for his sense of fun? Darwin: All That Matters puts his life, personality, and the full breadth and significance of his work in context, with greater emphasis on his post-Origin work. It is perfect for those who want to gain a sound grasp of the subject quickly, and those looking for a good entry-level book as a starting point for further study.