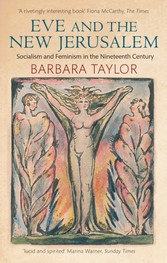 A new edition of Barbara Taylor's classic book, with a new introduction.In the early nineteenth century, radicals all over Europe and America began to conceive of a 'New Moral World', and struggled to create their own utopias, with collective family life, communal property, free love and birth control. In Britain, the visionary ideals of the Utopian Socialist, Robert Owen, attracted thousands of followers, who for more than a quarter of a century attempted to put theory into practice in their own local societies, at rousing public meetings, in trade unions and in their new Communities of Mutual Association.Barbara Taylor's brilliant study of this visionary challenge recovers the crucial connections between socialist aims and feminist aspirations. In doing so, it opens the way to an important re-interpretation of the socialist tradition as a whole, and contributes to the reforging of some of those early links between feminism and socialism.