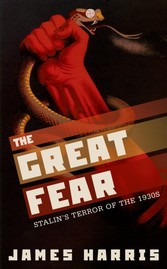 Between the winter of 1936 and the autumn of 1938, approximately three quarters of a million Soviet citizens were subject to summary execution. More than a million others were sentenced to lengthy terms in labour camps. Commonly known as 'Stalin's Great Terror', it is also among the most misunderstood moments in the history of the twentieth century. The Terror gutted the ranks of factory directors and engineers after three years in which all major plan targets weremet. It raged through the armed forces on the eve of the Nazi invasion. The wholesale slaughter of party and state officials was in danger of making the Soviet state ungovernable. The majority of these victims of state repression in this period were accused of participating in counter-revolutionaryconspiracies. Almost without exception, there was no substance to the claims and no material evidence to support them. By the time the terror was brought to a close, most of its victims were ordinary Soviet citizens for whom 'counter-revolution' was an unfathomable abstraction. In short, the Terror was wholly destructive, not merely in terms of the incalculable human cost, but also in terms of the interests of the Soviet leaders, principally Joseph Stalin, who directed and managed it. TheGreat Fear presents a new and original explanation of the Stalin's Terror based on intelligence materials in Russian archives. It shows how Soviet leaders developed a grossly exaggerated fear of conspiracy and foreign invasion and lashed out at enemies largely of their own making.