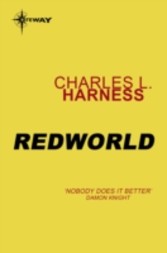 World-saver, or world-breaker? The treaty that ended the civil war decreed that the men of science and the followers of the gods would split all of society between them. Yet Guild apprentice Pol was torn between the logic of science and the lure of faith, unaware that destiny had already chosen a very special role for him to play. For Pol was about to encounter a woman of unique power, the mistress of a mysterious, forbidden castle, who would lead him down the pathways of prophecy to a strange and frightening new world...