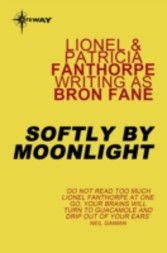 Brinton couldn't believe the inscription when he read it in the cold white moonlight. He was looking at his own grave. He tried to read the date but the light wasn't strong enough to be certain. He returned to the graveyard by daylight... but the grave had gone. He left the town in horror, but the grave followed him. He was drawn to burial grounds like iron to a magnet. It was always the same. By Moonlight he saw the grave, but never the date. By day he saw nothing. One night he saw the month. Then they day, at last he saw the year. He knew he was due to die in one week. What could he do? Can a man forestall his fate? Can a mortal outwit the dark designs of destiny? Was it all in his mind? Perhaps Roger Brinton was mad? The asylum is warmer than the grave. The day before he was due to die he saw the grave again... The earth was newly turned... it was waiting for him!